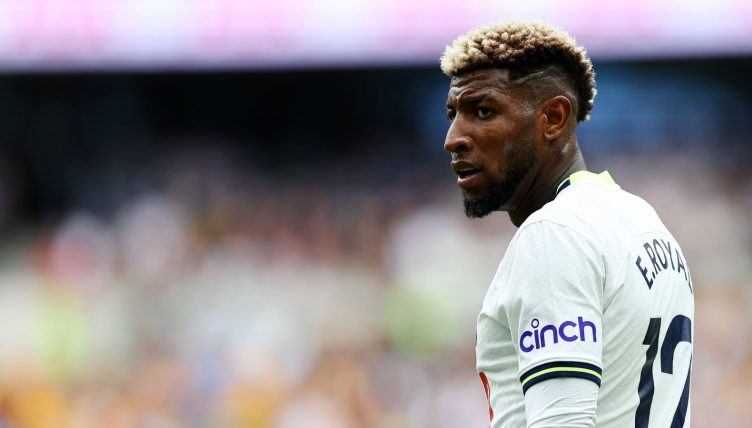 Emerson Royal was shown a straight red card during Tottenham’s defeat to Arsenal in Saturday’s north London derby after a horror tackle on Gabriel Martinelli.

Emerson joined Spurs in 2021 for a fee of £25million but initially failed to impress Antonio Conte, with The Times reporting in January that the Tottenham manager thought the wing-back ‘did not fit the bill’ moving forward.

But Royal has taken steps to improve his game away from the training ground and, according to various media outlets, has purchased his own hyperbaric oxygen tank to help keep his fitness levels up.

The report goes on to claim that Royal and his managerial team, which is headed by his dad, also hired a neuroscientist to help him manage the intense pressures of playing in the Premier League.

Emerson has featured in every league match so far but his involvement at Arsenal on Saturday ended prematurely following a studs-up challenge on Martinelli.

The Brazil international was chasing the Arsenal forward down the left wing but timed his tackle terribly and his challenge was deemed reckless. He was shown red immediately which sparked a clash between the two sides.

Things soon got worse for Spurs as Granit Xhaka put Arsenal 3-1 ahead just five minutes later and condemned Spurs to their first Premier League match of the season.

Conte had recently voiced his admiration for Emerson, saying earlier this month that he was ‘really happy with’ Royal and that he was impressed with his work ethic and that ‘he has improved a lot since last season.’

But we imagine the Italian’s thoughts towards his full-back will be a lot less positive following Saturday’s dismissal.

Emerson Royal sees a straight red for this challenge on Martinelli! 😲 pic.twitter.com/rXz1AVLgDx