Watch: Emi Martinez breaks down in tears in post-match interview 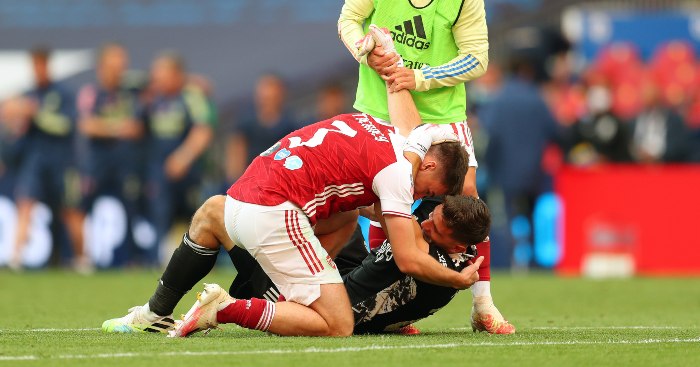 Emi Martinez showed how much it meant for him to win the FA Cup with Arsenal by breaking down into tears in his post-match interview with the BBC.

On the books at Arsenal for 10 years after joining from Argentine outfit Independiente as a teenager, Martinez has had to be patient in waiting for a first-team opportunity.

Prior to 2019-20, the goalkeeper had made just 14 first-team appearances for the Gunners and had been loaned out six times.

But an injury to Bernd Leno at the start of football’s return has given Martinez a chance to stake his claim for a place in Mikel Arteta’s starting XI.

The 27-year-old has been in impressive form ever since and has ended the season with an FA Cup triumph after Arsenal beat Chelsea 2-1 thanks to Pierre-Emerick Aubameyang’s brace.

Martinez was pictured after the game speaking to his family, overcome with emotion as he wiped tears from his face.

And Martinez then broke down while speaking to the BBC. Good on ya, Emi.