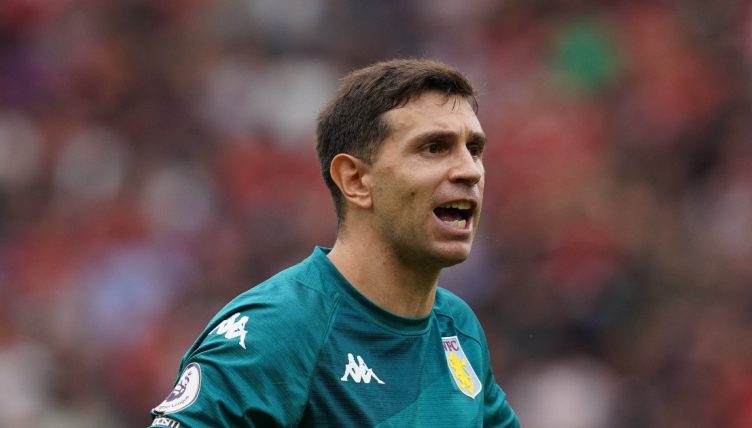 Aston Villa goalkeeper Emiliano Martinez absolutely loves milking penalty drama for all its worth and it was no exception when he faced Manchester United playmaker Bruno Fernandes.

Martinez played mind games with Everton’s Yerry Mina during the Copa America and repeated the trick by psyching out Fernandes – by making the bold call to tell Cristiano Ronaldo to take it instead.

It worked a treat, as Fernandes missed a rare spot-kick, sending his effort blazing over the bar. Kortney Hause, who headed home Villa’s winning goal late on, had given away the penalty for a handball in the box.

The Argentinian goalkeeper wasn’t satisfied with playing mind games with United’s players, but he felt like winding up their fans too. After the penalty went into the stands, Martinez turned behind the goal and celebrated in front of the crestfallen home fans.

There’s no denying that Villa have a top-tier shithouse, and fair play, he’s box office and their fans love him for it. It’s like having Jens Lehmann back in the Premier League.

Emi Martinez, we all love you 😭 pic.twitter.com/AryVm7nuqS