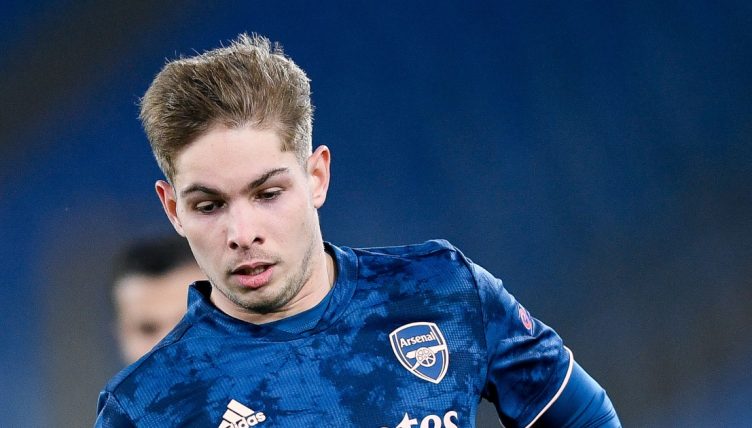 Emile Smith Rowe set up Arsenal‘s first goal during their 4-0 demolition of Slavia Prague with a cheeky nutmeg.

Smith Rowe only made his first Premier League start of 2020-21 on Boxing Day but has quickly become an integral member of the Arsenal team.

So, when Mikel Arteta’s team travelled to Prague for a tricky looking Europa League quarter-final, it wasn’t a surprise to see Smith Rowe rise to the occasion.

After having a goal ruled out for offside in the game’s early stages, the young midfielder wasted no time in helping Arsenal get on the score sheet.

He showed magnificent close control in the box, as well as outstanding composure, to find Nicholas Pepe unmarked with a cheeky nutmeg.

It would have been rude if Pepe had spurned the chance and the Ivory Coast winger happily tucked home the opening goal.

Martin Keown heaped praise on Smith Row after the game. Speaking to BT Sport, the former Arsenal defender said: “This fella [Smith Rowe], two nutmegs and the composure there. How’s he getting through there [when assisting Pepe’s goal]?

“He’s got composure determination, he doesn’t panic and this is really clever, little nutmeg and a second one with the pass.”

He doesn’t score but makes a assist Smith Rowe and Pepe makes sure pic.twitter.com/QR1OtTW6jx