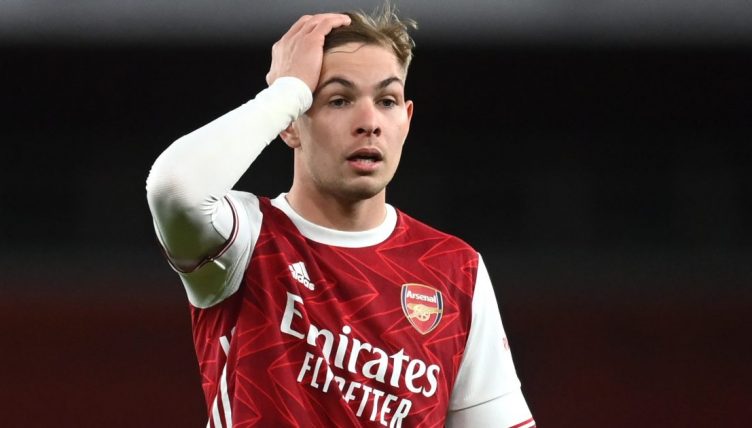 Emile Smith Rowe showed why Arsenal are so desperate to keep him during their pre-season friendly defeat to Hibernian.

Smith Rowe enjoyed an impressive breakthrough season in 2020-21, registering four goals and seven assists in 33 appearances in all competitions.

The Gunners have recently rejected two bids from Aston Villa for the midfielder, who started on the bench for the game at Easter Road.

After Arsenal’s Eddie Nketiah missed a gilt-edged chance in the first five minutes, debutant Arthur Okonkwo then made a dreadful mistake to gift Hibernian the lead.

Daniel MacKay doubled their advantage in the second period, taking advantage of more poor defending from the Gunners.

Emile Smith Rowe came off the bench and reduced the deficit in the 82nd minute, connecting with Hector Bellerin’s cross and leaving the goalkeeper with no chance.

Mikel Arteta’s side weren’t able to find an equaliser and will now play Rangers on Saturday in their next pre-season friendly.

The Smith pulls one back! pic.twitter.com/JfPLhZFPBf