Watch: Emotional Luka Modric falls to his knees at full-time after Croatia win 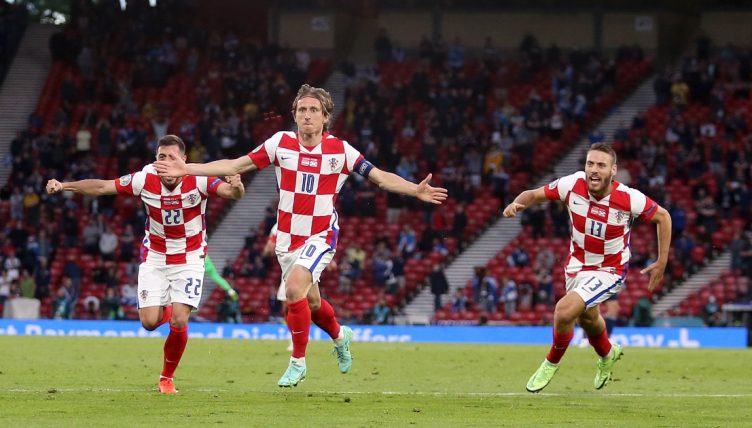 Scotland were dumped out of Euro 2020 on Tuesday night, losing 3-1 to Croatia at Hampden Park, and it was a moment of magic from Real Madrid’s Luka Modric that struck the fatal blow.

Steve Clarke’s men arrived at their national stadium knowing that a win on the night would see them qualify for the knockout stages in their first major tournament since the 1998 World Cup.

The home crowd was silenced just 17 minutes into the game, however, when Nikola Vlasic beat David Marshall at his near post. But they were level just before half-time, Callum McGregor rifling the Scots’ first goal of the tournament into the bottom corner in the 41st minute.

With players like Modric on the pitch, though, Croatia always posed a threat and the maestro proved the difference, curling a brilliant strike beyond Marshall with the outside of his foot just after the hour. The 35-year-old became his country’s oldest scorer at the European Championships in the process.

Ivan Perisic made sure of the result in the 77th minute and Modric was left an emotional mess when the final whistle was blown and Croatia’s progress was confirmed. Fair bloody play.