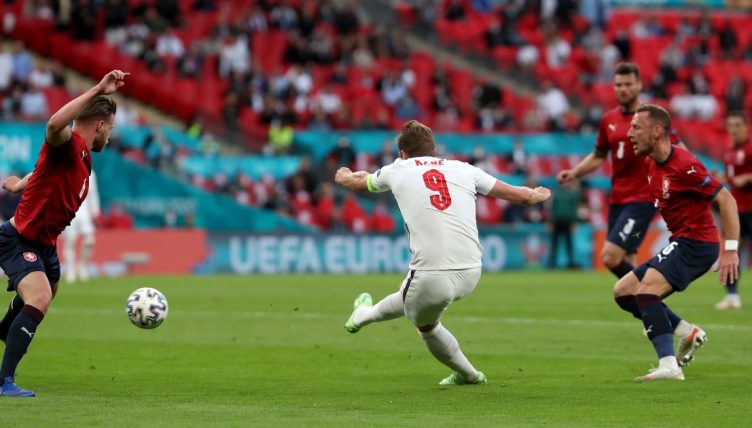 Harry Kane was denied his first goal of Euro 2020 by a superb save from Czech Republic goalkeeper Tomas Vaclik.

Kane won the Golden Boot at the 2018 World Cup but has faced criticism for his lacklustre and goalless performances against Croatia and Scotland at this tournament.

But the England captain looked sharper during the first half against the Czech Republic and was unlucky not to open his account for the tournament.

The Tottenham striker dropped his shoulder to give himself some space and time and curled a cut effort towards the bottom corner.

But Vaclik stuck out a strong wrist and turned the shot away.

Some England fans may be reminded of the defeat to Croatia in 2018 as Raheem Sterling, who scored England’s first two goals of the competition, was stood unmarked to his right.