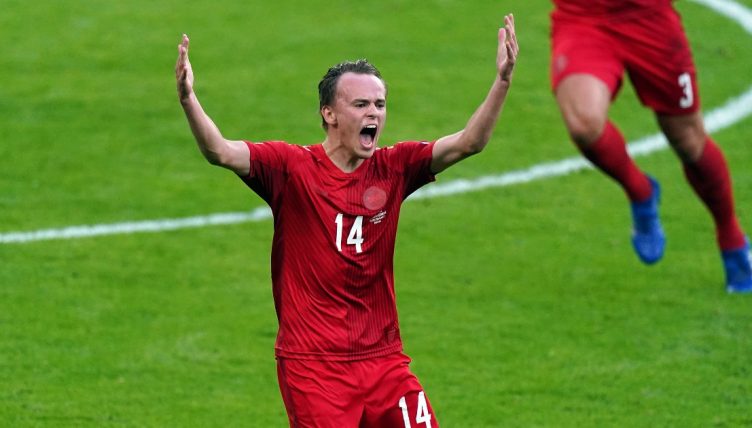 Wembley was quietened on Wednesday evening as England went behind for the first time in Euro 2020, having conceded a stunning free-kick to Denmark’s Mikkel Damsgaard.

Gareth Southgate’s men made a strong start in the semi-final to a booming atmosphere in the capital, with a place at their first-ever European Championships final at stake.

But unlike against Ukraine, they failed to convert their early pressure into an early goal and Denmark gradually grew into the game and even looked to be on top by the time Damsgaard struck on the half-hour mark.

The Sampdoria winger found himself with the dead-ball shooting opportunity after a cleverly-worked free-kick resulted in another being given closer to the goal.

He caught it sweetly and sent it thundering into the back of Jordan Pickford’s net, leaving the Everton goalkeeper with little chance of stopping it.

But within 10 minutes, England responded well and found themselves back on level terms thanks to an own goal from Simon Kjaer.