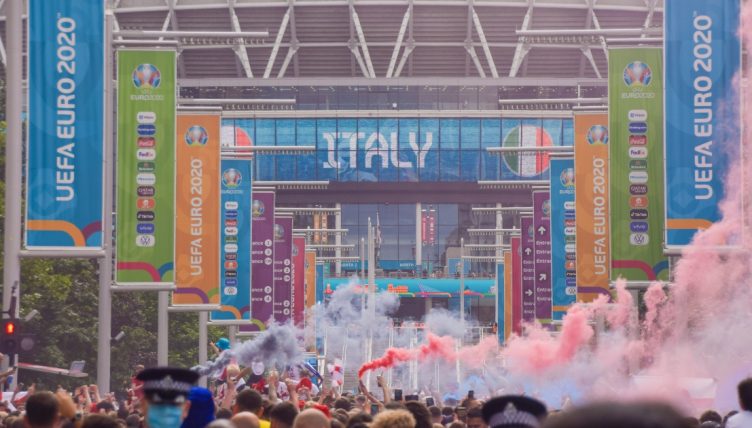 England fans without tickets attempted to gain entry to the Euro 2020 final against Italy on Sunday.

Interest in the match has been huge, with 60,000 fans allowed into Wembley and almost 30million people estimated to watch the match on television.

That, coupled with fans using the time before kick-off to hit the beer, have caused these scenes outside the stadium on Sunday afternoon.

Clips have emerged on social media of fans challenging stewards and forcing barriers out of way in attempt to gain entry to the stadium.

The FA released a statement before the match saying: ““We are dealing with an incident that occurred at the outer security perimeter area of the stadium, with support from police,

“Safety measures were quickly activated in the relevant areas and there were no security breaches of people without tickets getting inside the stadium.”

European football’s governing body UEFA added: “Everything is under control. They could not enter the stadium.”

“There is no place for such unacceptable behaviour at football grounds.”

Where are they now? England’s XI from their Euro 2012 QF defeat vs Italy