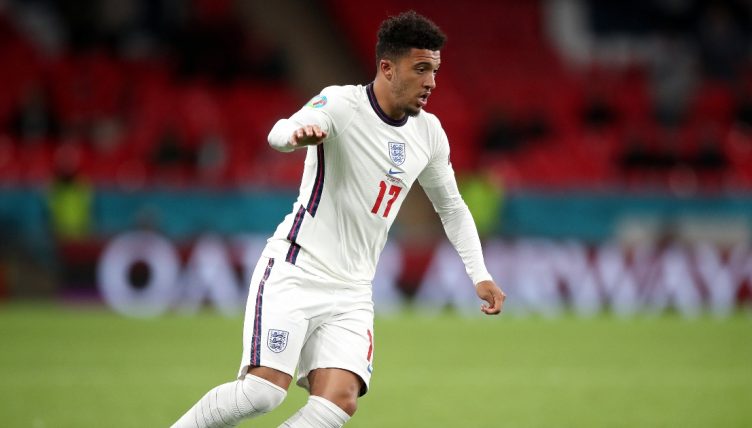 Jadon Sancho made the most of his first start of Euro 2020 by teasing Ukraine’s defence with a mazy first-half dribble.

Sancho, who is on the verge of joining Manchester United from Borussia Dortmund, was thrown into the line-up by Gareth Southgate for Saturday’s quarter-final in Rome.

And the 21-year-old made a big impression as England took the game to their eastern European opponents.

As the first-half entered injury-time, Sancho excited the crowd in the Stadio Olimpico by embarking upon a slaloming dribble.

To his credit, Sancho continued on his run before eventually coming to a standstill.

After a protracted transfer saga, United fans will be incredibly excited by Sancho’s display and the promise of more moments to come.

A lot of wingers can dribble, however Sancho's close control is exquisite.

Do you see the touch with his left foot, it's this touch, both feet, at that pace that most wingers can't do. Honestly. This detail is the diffence!pic.twitter.com/uklpvEJBj7#MUFC