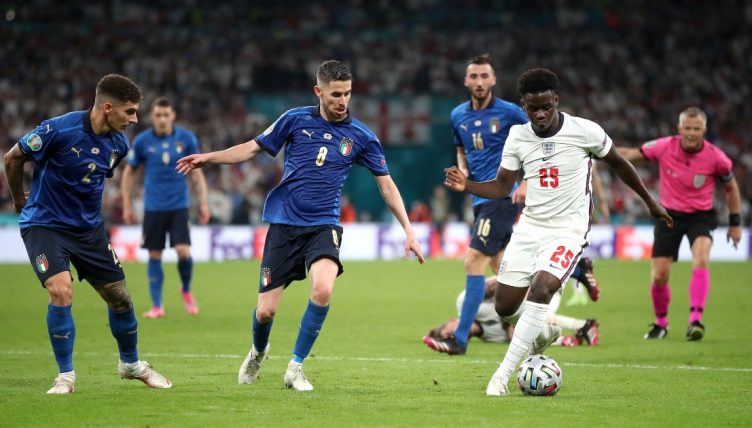 England players rushed to console Bukayo Saka as he missed the crucial penalty against Italy in the Euro 2020 final.

Italy and England battled to a 1-1 draw during an intense Euro 2020 final that always looked destined for penalties.

And, with Italy leading 3-2 in the shoot-out following misses from Marcus Rashford and Jadon Sancho, the responsibility fell to 19-year-old Saka.

The Arsenal winger, who’s been so impressive during his breakout season, lashed a tame penalty down the throat of Italy goalkeeper Gianluigi Donnarumma.

After defeat was confirmed, scores of England players flocked towards Saka and consoled the youngster.

All England fans will have their fingers crossed that Saka, who’s had a good tournament, will bounce back from this undoubtedly traumatic experience.