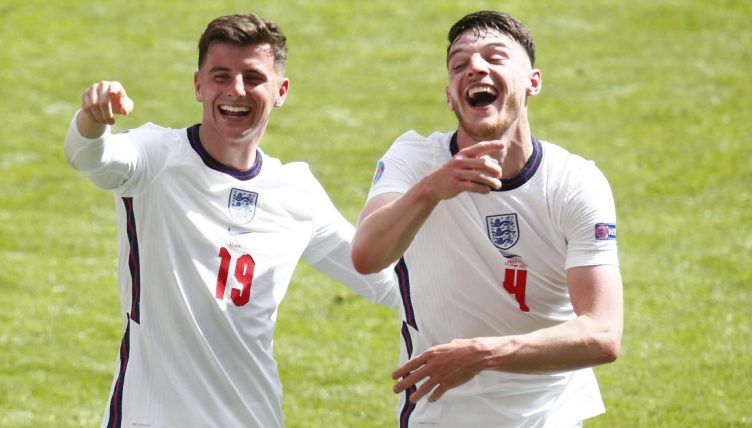 Despite suffering penalty shootout heartbreak at Euro 2020, the England players are in good spirits and maintained their close bond during the holidays.

The Three Lions captured the nation’s hearts during an exciting summer, which saw them beat Germany, Ukraine and Denmark en route to the final.

Gareth Southgate’s side took an early read against Italy at Wembley but couldn’t hold on and eventually lost 3-2 on penalties.

The England players are now enjoying a well-earned break before returning to their clubs for pre-season training ahead of 2021-22.

After Neill Diamond’s ‘Sweet Caroline’ became England’s unofficial anthem at the tournament, the four players gave a rendition of the song at a restaurant.

While Shaw, Rice and Mount were all seated at the table, Walker was up on his feet and waving his shirt around his head.