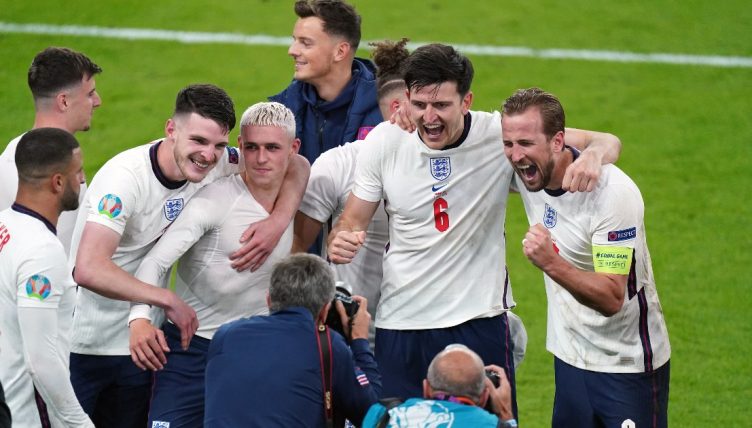 England are through to their first major tournament final since 1966 and the players were loving every second of the celebrations at Wembley following their 2-1 victory over Denmark in the semi.

As has become a new tradition, the Wembley PA boomed out Neil Diamond’s ‘Sweet Caroline’ and 60,000 sang along to it’s infectious chorus – including the players themselves.

For the first time in the competition, England conceded a goal – thanks to a stunning free-kick by Denmark’s Mikkel Damsgaard – but they answered the question of whether they were able to respond.

Within 10 minutes, Gareth Southgate’s men were back on level terms, after good work from Bukayo Saka to force an own goal from Milan defender Simon Kjaer.

Denmark had some spells, but ultimately England dominated, although they weren’t able to find a breakthrough until extra time, when a contentious penalty was given for a questionable foul on Raheem Sterling. Harry Kane’s spot-kick was saved by Kasper Schmeichel, but he sent in the rebound.

Evidently, it means the world to the entire squad. Watch the scenes of celebration below:

Get the sound on right NOW! 🔊