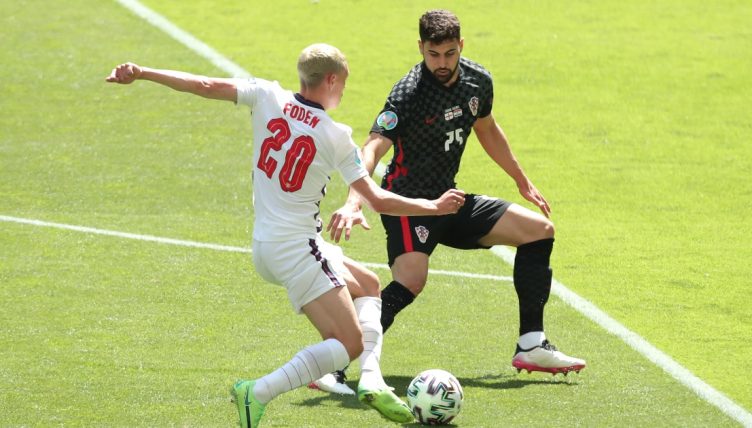 Phil Foden is an outrageously gifted footballer and demonstrated this during England’s Euro opener against Croatia.

Foden’s performances for Manchester City during their 2020-21 title-winning season earned him a starting spot for Sunday’s match at Wembley.

And, after rattling the post with a curled shot after only five minutes, the 21-year-old got fans off their seats with a beautiful first touch.

Chasing a long pass upfield, Foden watched the ball and stuck out his left leg to kill it instantly.

After assessing his options, the City midfielder laid the ball off to a teammate but the attack eventually broke down.

This touch from Foden 👏👏👏 pic.twitter.com/eVxHgLMYMd