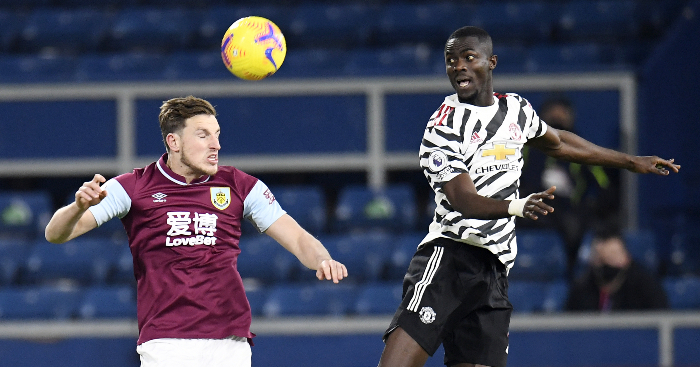 Putting his body on the line for Manchester United is becoming something of a trademark move for Eric Bailly, with another excellent block against Burnley.

The Ivory Coast international has struggled with injuries during his time at Old Trafford, but has been back in Ole Gunnar Solskjaer’s team of late, putting in impressive performances.

This latest example didn’t quite have the drama of the injury-time impact, but it was no less impressive early on at Turf Moor. After getting free into a good position, there looked every chance Chris Wood’s goal-bound shot was set to sail into the back of the net past David de Gea.

But Bailly had other ideas, doing brilliantly to slide across and get his body in the way, as the ball deflected up and over the bar.