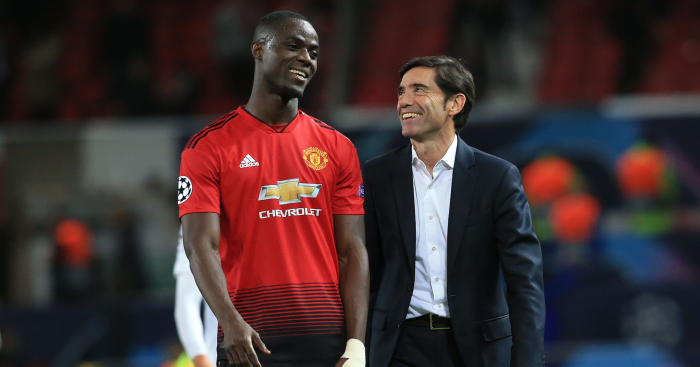 Manchester United needed a hero to step forward against Valencia so Eric Bailly decided to take it upon himself to be that man. Sadly, it didn’t quite go to plan.

With the pressure mounting on Jose Mourinho after United’s worst start to a league season in 29 years, the Red Devils hosted Valencia, who themselves have started the campaign poorly, in the Champions League group stages.

United made a bright start at Old Trafford, with recalled forwards Marcus Rashford and Alexis Sanchez making an early impression.

However, Valencia began to get a foothold in the game and Mourinho’s men began to struggle and become frustrated.

We’re not sure whether it was this frustration or a sudden surge of confidence which led Bailly to decide to attempt a half-volley from 40 yards out, but we’re just really glad he did.

It didn’t exactly trouble the goalkeeper. And the game finished 0-0.