Watch: Eric Bailly’s hilarious desire to get into position after falling over 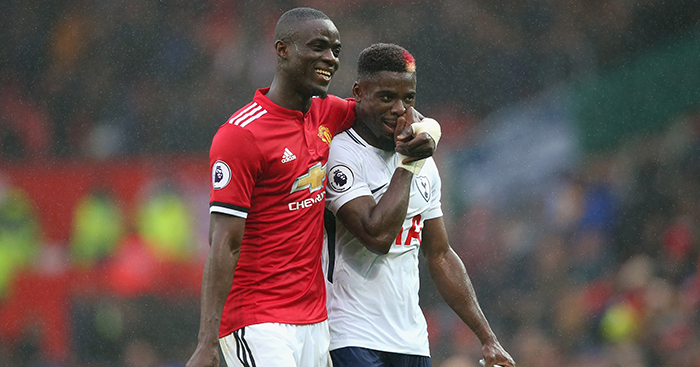 Anthony Martial was the hero for Manchester United in their 1-0 win over Tottenham on Saturday – or was he?

Martial stepped off the bench to score the only goal of the game at Old Trafford as United strengthened their hold of second place in the Premier League and prevented Manchester City, who won at West Brom later in the day, from extending their lead at the top of the table.

Spurs were missing the injured Harry Kane and only really came close to scoring when Dele Alli prodded wide from Christian Eriksen’s sublime pass, but much of their failure to create opportunities was down to the fine defensive work of United’s backline.

And there was no better example of the commitment on show from the hosts than in the seventh minute when Eric Bailly acrobatically – and hilariously – got himself back to his feet and in position to head away a throw-in after he’d fallen over attempting to keep the ball in play.