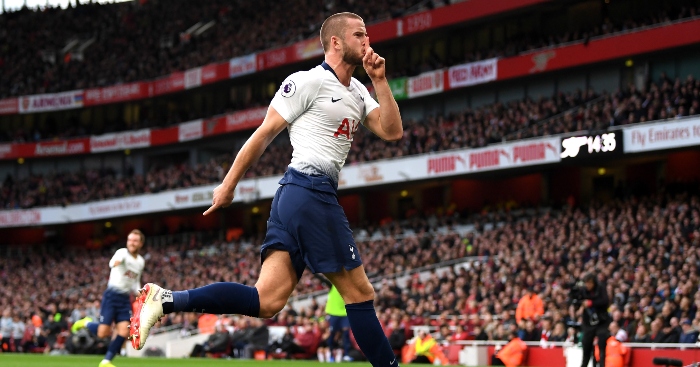 Arsenal beat Tottenham 4-2 in a thrilling north London derby at Emirates Stadium on Sunday – and the game wasn’t without its controversial moments.

Tottenham’s Eric Dier had just equalised in the first half when everything kicked off following the midfielder’s celebration.

Arsenal’s players clearly weren’t pleased as he put his fingers to his lips to ‘shhh’ the crowd after scoring, with Dele Alli most involved in the heat of the action as he faced off with substitutes Aaron Ramsey and Mattéo Guendouzi.

Mauricio Pochettino had to run down the touchline to try calm everything down. This was part of an explosive first half in which Arsenal had come flying out of the traps but let their lead slip, with – who else? – Mike Dean never far from the centre of attention.

Watch it all unfold below: