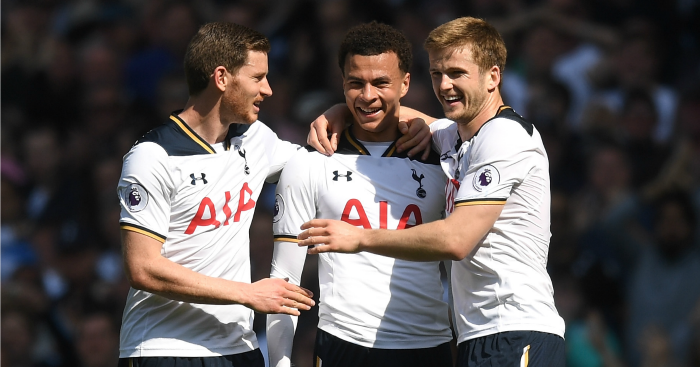 Eric Dier and Dele Alli have developed one of the Premier League’s best bromances of the last couple of seasons – but the friendship was put to one side when Dier took on COPA90’s five-shot challenge.

The England duo have established themselves as two of Tottenham‘s most important young players on the pitch over the past two seasons, becoming good friends off the field.

Earlier this year Alli even considered the sitcom-like scenario of the pair living together, telling the comedian Lloyd Griffith: “If one of us would have to tuck the other in, Eric would be tucking me in!

“We’re definitely friends for life, whatever happens in our careers hopefully we stay together.”

But when Dier took part in the five shot challenge with our friends COPA90, he only had one aim: beating Alli’s score.