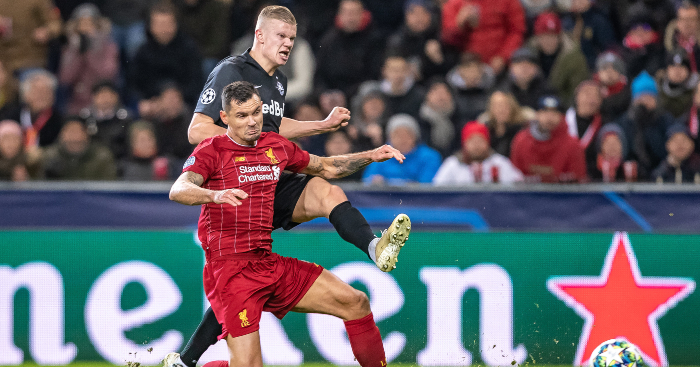 All eyes were on Erling Braut Haaland as Liverpool took on Red Bull Salzburg with qualification to the Champions League knockout stages on the line, but the striker was left frustrated as the Reds came away with a 2-0 victory.

Haaland has taken the Champions League by storm this season, scoring in each of Salzburg’s five group matches heading into the clash with Liverpool, leading to links with a host of Europe’s biggest clubs.

Napoli’s victory over Genk meant the winner between Liverpool would qualify for the knockout stages, with the Reds in a precarious position at half-time with the game finely poised at 0-0.

But the visitors stunned Salzburg with two goals in two minutes from Naby Keita and Mo Salah, and Haaland did exactly hide his frustration.

Erling Haaland grabbed the bottle just to throw it away 😅 pic.twitter.com/h1HJE2qODX