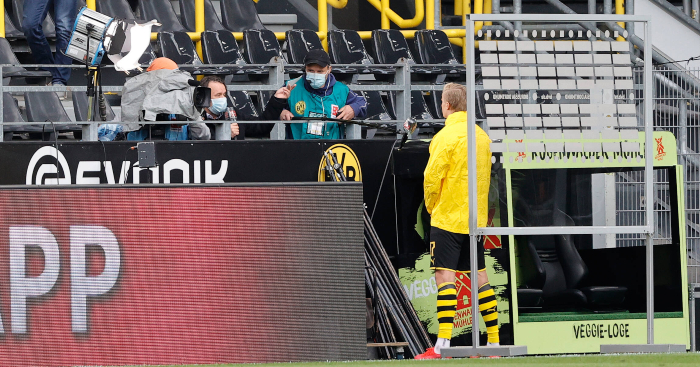 Erling Braut Haaland may have been playing his first game in over two months, but the striker wasted no time in continuing his outrageous goalscoring form for Borussia Dortmund on Saturday.

As the Bundesliga returned with Dortmund’s derby against Schalke, Haaland took just 29 minutes to open the scoring as BVB thumped their rivals 4-0 at an empty Westfalenstadion.

The 19-year-old’s numbers for 2019-20 are truly ridiculous in what has been a record-breaking campaign.

As well as his phenomenal goalscoring exploits, Haaland is also becoming known for his curt responses to journalists.

And his post-match interview suggests that is only going to continue as answered four questions with just 11 words.