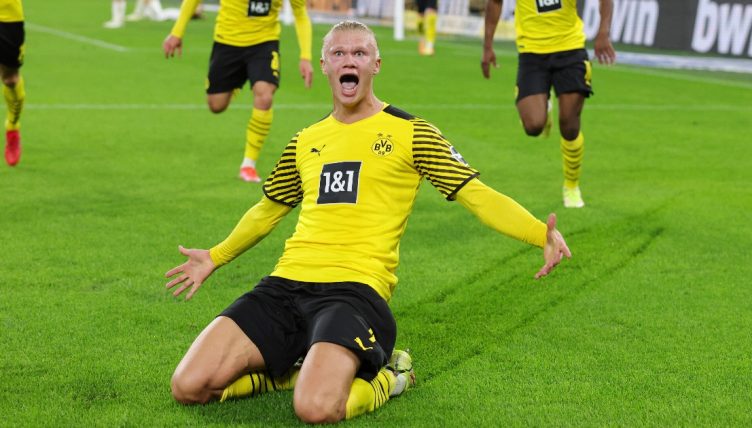 Borussia Dortmund and Hoffenheim played out a cracking five-goal Bundesliga thriller on Friday night, serving plenty of late drama at the Westfalenstadion.

And who else but Erling Haaland to give the contest a fitting climax with the match-winner in injury-time? The Norwegian did well to wreak havoc in the Hoffenheim penalty and set up a good opportunity before getting on the end of the resulting scramble, making no mistake with his finish.

It was the third time Dortmund took the lead, while it looked as though they’d thrown away two points late on as Munas Dabbur equalised for a second time for the visitors in the 90th minute – only for Haaland to respond almost immediately.

BACK. ON. TRACK! @BVB pic.twitter.com/zSTdenocMU