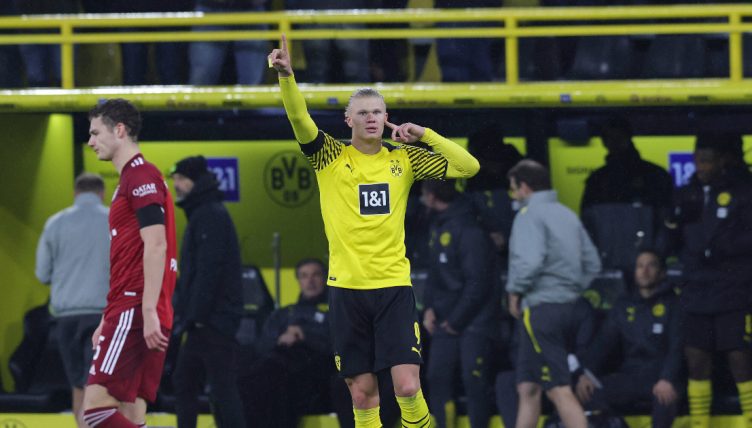 Erling Haaland curled in a beautiful goal for Borussia Dortmund during the Bundesliga Der Klassiker with Bayern Munich, which the Bavarian side eventually won 3-2.

It was a stunning effort, which drew Dortmund level in the 48th minute.

Jude Bellingham latched on to a loose ball after a poor attempted clearance. Haaland immediately moved into space on the left of the box and Bellingham found him with ease.

With a first-time shot, Haaland curled the ball beyond Manuel Neuer and into the net on the far side, the ball bouncing off the post such was its perfect placement.

It was Bellingham’s second assist of the game, the young Englishman having produced a stunning long-range ball for Julian Brandt earlier in the match.

It was all to be in vain, however, with Bayern winning 3-2 courtesy of a Robert Lewandowski penalty. The result means Bayern move four points clear at the top of the table, with Dortmund lying second.