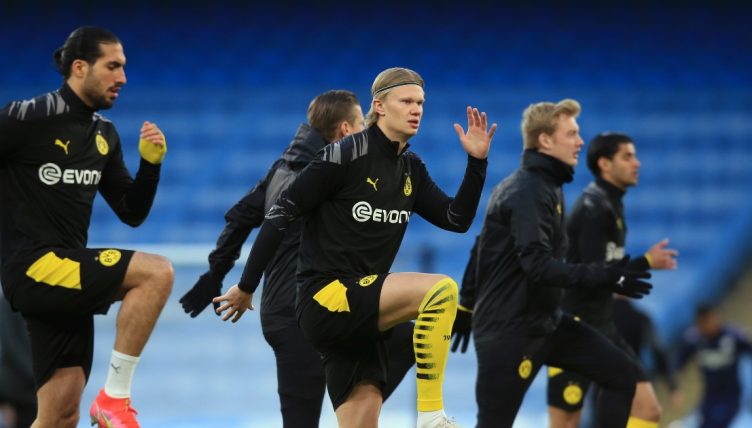 Borussia Dortmund’s Erling Haaland was clearly pumped up to face Manchester City, if his vocal aerobics in the build-up were anything to go by.

Haaland is the youngest player in Champions League history to reach 20 goals, as well as the fastest to do so, having done so in just 14 games.

He’s only 20 years old, but it already seems like he’s a player that’s meant to be playing on occasions like Champions League quarter-finals – but with Dortmund’s struggles in the Bundesliga, it looks unlikely he’ll be doing so with his current club next season.

That’s helped prompt red-hot speculation that the Norway international will be moving to a European powerhouse in the summer, with his father’s old side Man City reportedly among the suitors.

There were stories last season that he was driving around Salzburg blasting out the Champions League anthem ahead of his debut in the competition, and ahead of facing City he could be seen mouthing along to the words.

Erling Haaland can't help but sing along to the #UCL anthem 😂 pic.twitter.com/h6P3FQxnsf