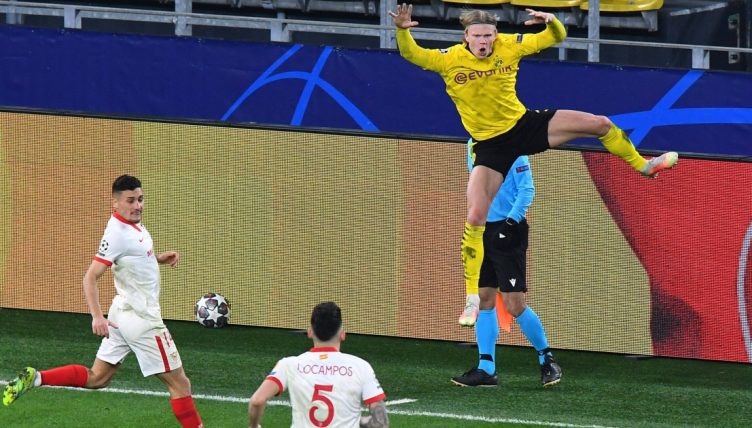 Haaland has been in irrepressible form this season, netting 29 goals in 28 teams as Europe’s richest clubs queue up for his signature.

And the Norway forward showcased the mentality that has seen him become world football’s most feared striker at just 20 years old.

During Dortmund’s second-leg tie with Sevilla, which the German side entered leading 3-2, Haaland scored the opening goal in the first half after tapping home Marco Reus’ centre.

That was nothing compared to his second strike. Haaland struck a fantastic shot past Sevilla keeper Bono, but VAR ruled out the goal and awarded a penalty for a previous infringement.

Dortmund’s goalscorer took the spot-kick but saw both that and his rebound effort saved. VAR intervened again and the kick was retaken as Bono was adjudged to have moved off his line.

Haaland squeezed the second attempt home and roared in the goalkeeper’s face, angering several of the Sevilla players and earning himself a yellow card.

TWENTY goals in the Champions League already for Erling Haaland! 🔥

He's now the quickest player in #UCL history to hit the 20-goal mark – beating Harry Kane who did it in 24 appearances!