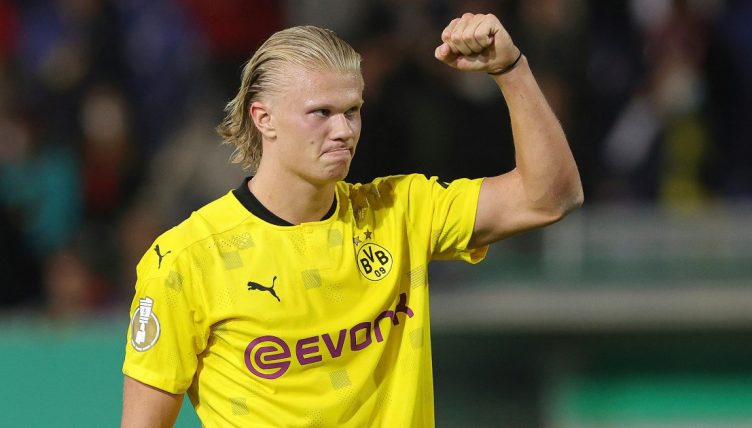 Erling Haaland showed the creative side to his game to brilliantly set up Marco Reus for Borussia Dortmund‘s opener in their first game of the season on Saturday.

Dortmund went on to win a thrilling game against Eintracht Frankfurt 5-2, but with the scores still 0-0 after 25 minutes, Mahmoud Dahoud won the ball back in his own half and gave it to his Norwegian goal-monster team-mate.

What came next was quite astounding. Haaland span and powered towards the heart of the Eintracht Frankfurt like a terrifying football Demogorgon.

He then showed his deftness of touch, slipping the ball through a defender’s legs to Marco Reus who did the rest.

Haaland has been the focus of a great deal of speculation this summer, repeatedly linked to a host of European superclubs.

Yet if Saturday’s evidence is anything to go by – he also managed two goals and another assist – then he’s perfectly happy turning out in black and yellow, even if it is without his old mate Jadon Sancho.