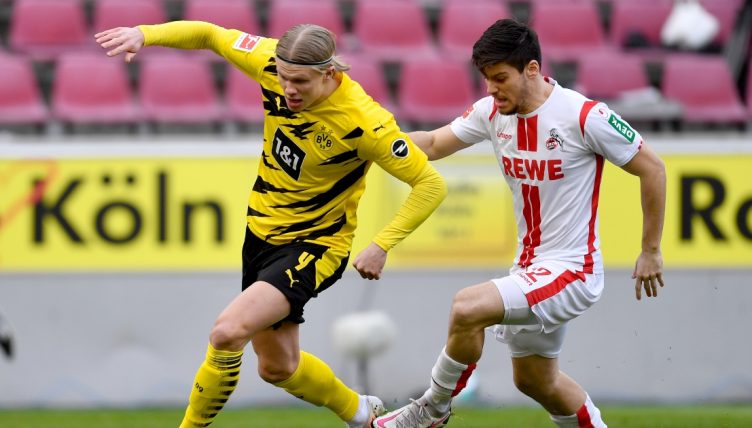 Erling Haaland added another two goals to his increasingly ridiculous tally for Borussia Dortmund on Saturday, including a strike just three minutes into their clash with Koln.

His first was an outstanding piece of centre-forward play, collecting a long-ball forward with an exquisite left-footed touch that took it past the defender at the same time.

A couple of close touches later and he tucked the ball past the goalkeeper with his left foot. Typically clinical finishing.

However, Dortmund soon saw the game flipped on its head.

A penalty from Ondrej Duda before half-time and a strike from Ismail Jakobs just after the hour saw the relegation-threatened side in front.

With minutes remaining, the Norwegian found the perfect place in the six-yard box to poke home Jadon Sancho’s cross to salvage a point, taking his tally to 23 for the season.

He was clearly furious upon leaving the pitch at full time, however, and you feel that big-money move is getting closer.

The run.
The touch 😍
The finish.