Watch: Erling Haaland signs autograph for the assistant referee in the tunnel 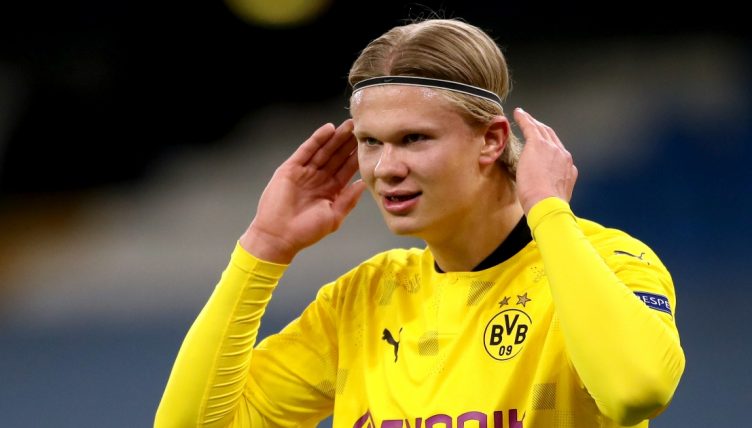 Erling Haaland is wanted by a host of top European clubs, but it was an assistant referee who managed to get his signature after Borussia Dortmund’s 2-1 defeat to Manchester City.

Kevin de Bruyne broke the deadlock in the Champions League quarter-final first-leg before Dortmund were controversially denied a first-half goal.

They did eventually equalise through Marco Reus after some great work from Haaland, only for Phil Foden to score a late winner for Pep Guardiola’s side.

After the full-time whistle, assistant referee Octavian Sovre approached Haaland in the tunnel and got the striker to sign his yellow card.

“You shouldn’t be [doing that] anyway,” Owen Hargreaves said on BT Sport. “The officials had a job to do and a difficult first half. They got a lot of things wrong. You can be a fan but you can’t do that in front of other players – it doesn’t look right.”

A referee’s assistant should not be asking a player for autographs after a match in the tunnel as happened with Haaland.
UEFA won’t want to see this surely pic.twitter.com/nA94n3k27W