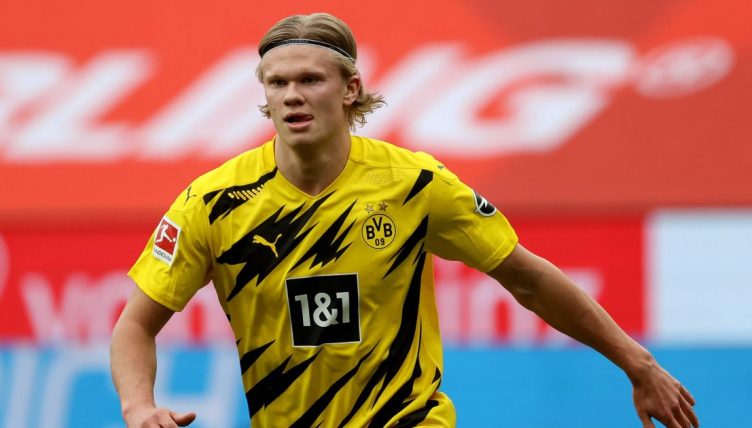 Erling Haaland had a rather unconventional shirt swap after Borussia Dortmund finished their season with a 3-1 win over Bayer Leverkusen.

Haaland bagged a brace at the Signal Iduna Park, taking his tally to 41 goals in 41 appearances in all competitions in 2020-21.

After the full-time whistle, he could be seen chatting to veteran Bundesliga referee Manuel Grafe, who was officiating in his final ever match. The pair then swapped shirts before posing for photos together.

Despite being one of their best referees, Grafe has been forced to retire from Bundesliga duties because the rules do not allow officials to continue past the age of 47.

“We will of course say goodbye to him, as it should be,” Dortmund’s sports director Michael Zorc told Kicker before the game. “But I am happy to join the large crowd of managers, coaches, players and fans. who would like to ask the DFB to reflect on their own actions.

“That one of the most respected referees in Germany is only sent into forced retirement against the resistance of the masses because his age switches from 47 to 48 sometime at midnight me for not being very professional.

“It’s actually a joke. There are no young and old players, there are only good and bad. And it is the same with the referees.”