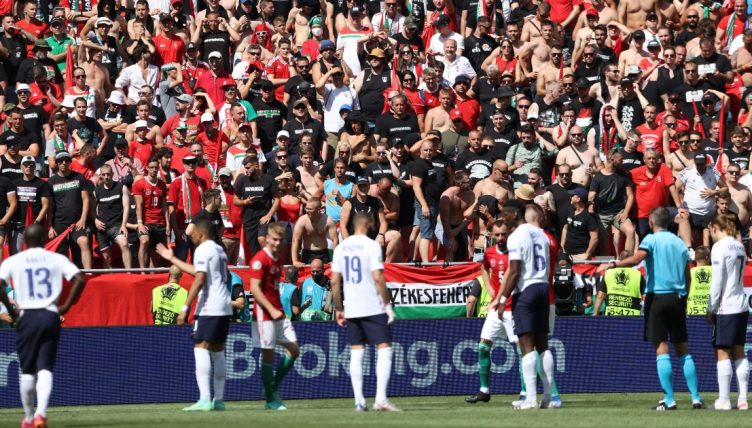 Most observers expected France to stroll past Hungary in their Euro 2020 match on Saturday – but the underdogs scored a brilliant opening goal shortly before half-time.

The world champions travelled to Budapest knowing that a victory over a pointless Hungary side would secure their place in the second round.

And the tournament favourites created numerous chances during the first half of the Group F match.

Karim Benzema, Antoine Griezmann and Kylian Mbappe all missed opportunities to open the scoring before France were hit by a sucker punch shortly before half-time.

Bristol City’s Adam Nagy drove a crossfield pass over towards Attila Fiola just inside the French half.

Fiola played a one-two with Roland Sallai and hurtled past Benjamin Pavard towards the penalty area.

Manchester United target Raphael Varane was unable to make a challenge and the Hungary defender slid the ball past Hugo Lloris at the near post.

😱 What a goal! What a celebration!