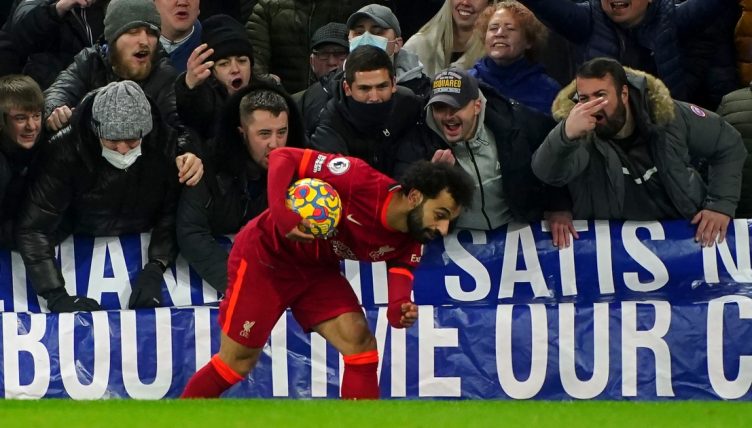 Everton fans appeared to lash out at Mohamed Salah during their 4-1 defeat to rivals Liverpool on Wednesday night.

After scoring Liverpool’s second goal of the game, Salah attempted to collect a ball that had just gone out of play at Goodison Park.

But a small number of Everton fans unsuccessfully tried to punch the forward, who seemed very bemused by the incident.

The Egypt international had the last laugh, scoring again in the second half to take his overall tally to 19 goals in 19 appearances in all competitions in 2021-22.

“Hopefully many more,” Salah told Amazon Prime when asked for his goal targets. “My first target is to win something with the club: Champions League, Premier League, hopefully, both. That’s the main target for everyone.

“It’s a great result. To come here and win the game, play good football and score four goals is unbelievable. It’s something positive we take from the game.

“The message from the manager was: they’re going to play physically strong, going to go and challenge 100 percent for every ball.

“We just need to play our game and just keep the ball, and try to create good chances, which is what we did.”

Everton fans actually tried to punch Mo Salah when he was collecting the ball. pic.twitter.com/AONrnFHOjk