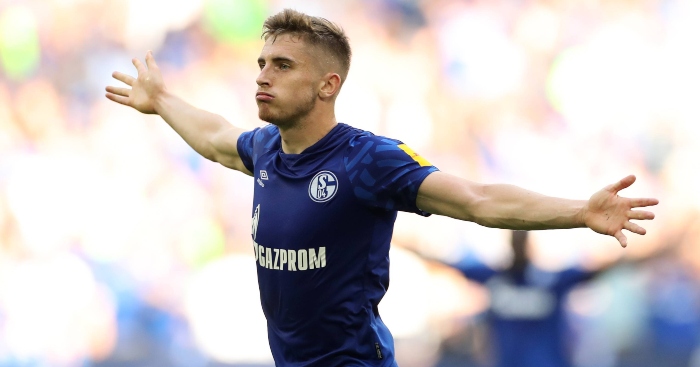 Everton’s Jonjoe Kenny looks set to be the latest English player to thrive in the Bundesliga after the right-back scored his first goal for Schalke.

The 22-year-old made his debut for the Toffees in 2016, and has made 40 appearances for the club, but he’s mainly acted as a back up to Seamus Coleman.

Following in the footsteps of Jadon Sancho, Ademola Lookman and Reiss Nelson, Kenny moved to Germany on a season long loan as he sought regular first team football.

In just his fourth appearance for the club, Kenny pounced on a loose ball just inside the penalty area and fired into the bottom corner to give Schalke a 2-0 lead over Hertha Berlin.

Jonjoe Kenny! What a hit! 🙌