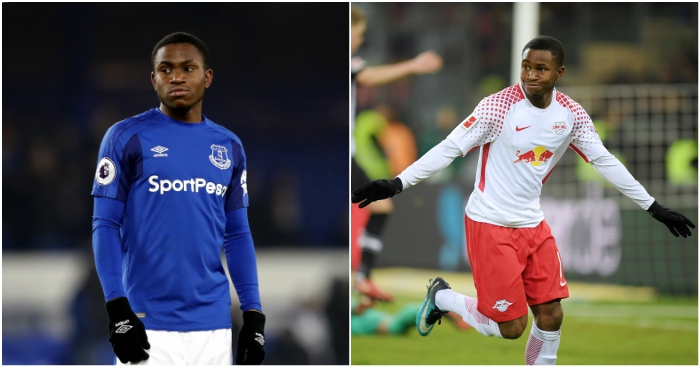 Everton fans may want to look away now, and that’s not just because their side have been given a hiding by a brilliant Arsenal this evening.

An Aaron Ramsey hat-trick, a debut goal for Pierre-Emerick Aubameyang and Laurent Koscielny’s header saw the Gunners run out emphatic victors over Sam Allardyce’s men, despite Dominic Calvert-Lewin’s consolation in the second half.

All the while, after forcing through a move through on deadline day, Ademola Lookman was busy scoring a late winner for RB Leipzig away at Borussia Monchengladbach.

The England under-21 international was supposedly unavailable for loan after Aaron Lennon moved to Burnley, but was adamant that he wanted a temporary move to Germany.

“It is one of the most unusual situations I’ve been in,” manager Sam Allarydce said. “We got some deals for him but he was adamant he chose Germany.

“His stubbornness meant he got his own way. I hope he proves us all wrong.”