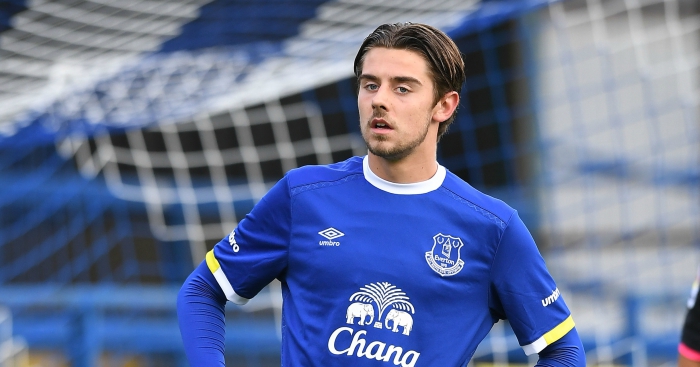 The 19-year-old hit his eighth goal in 15 Under-23 appearances this season as the Blues earned a 2-0 victory at Goodison Park on Monday night.

Dany Klaasen and Ramiro Funes Mori both started the game for David Unsworth’s side as they leapfrogged their opponents into fourth place in the table.

Con Ouzounidis grabbed the second goal on 76 minutes to seal the victory, but all the plaudits fell to Evans after his cracking strike in the first half.

The winger, who swapped Anfield for Goodison in his early years, stepped up for the free-kick and planted a fierce, curling shot into the top corner from 22 yards.

He came close with another effort from a dead ball in the second half, his low effort forcing a good save from Swansea goalkeeper Gregor Zabret.

An England youth international, Evans scored two goals in League Two as he enjoyed a spell on loan at Morecambe last season, before continuing to impress for the under-23s this term.