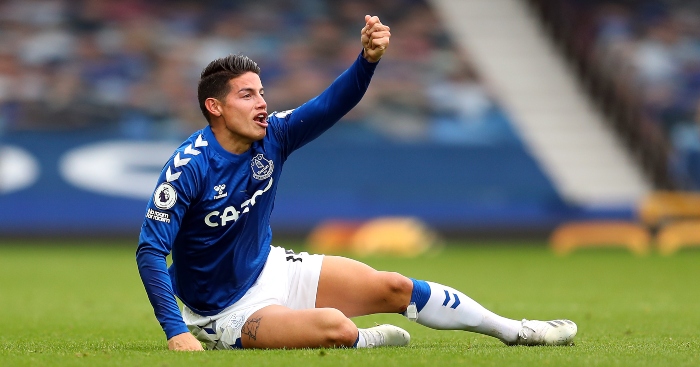 James Rodriguez is one of the most aesthetically-pleasing footballers on the planet, capable of bewitching the best defences.

The Colombia international has already made an impact in English football, with his early-season displays capturing the hearts of Everton supporters.

Despite his myriad talents, it would be a stretch to describe heading as his forte. However, Rodriguez pulled off a hilarious no-look header during the game against Manchester United.

After a long wait, the ball almost seemed to hit Rodriguez rather than the midfielder attack it. complete with a wince on his face.

Everton lost the game, but this nonchalant no-look header captured our attention most.

The James Rodriguez assist that made Everton fans lick their lips