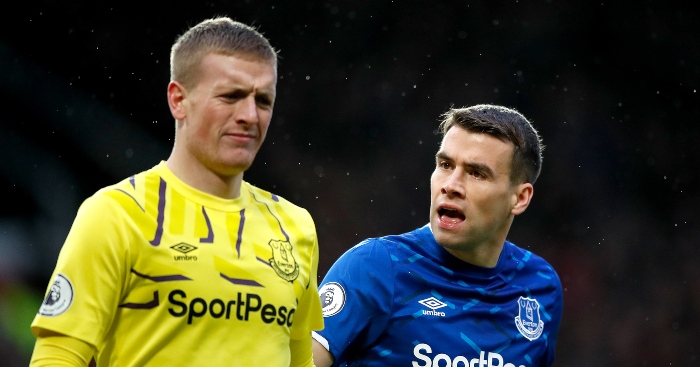 After enduring a difficult few weeks on and off the pitch, Manchester United‘s Harry Maguire has now got on the wrong side of Everton‘s Seamus Coleman.

Everton had taken the lead through Bernard early on, which was cancelled out by Bruno Fernandes’ header in the 25th minute.

United then completed the turnaround when Fernandes’ lofted cross towards Marcus Rashford dropped into the bottom corner.

Ole Gunnar Solskjaer’s side thought they should have had a penalty in the second half when Jordan Pickford appeared to foul Harry Maguire.

The referee instead awarded a goal kick to the Toffees and Coleman clearly felt that the United captain had dived in an attempt to win a penalty.

He confronted the centre-back while he was on the floor, with the Republic of Ireland international seemingly shouting: “’you f*cking diving tw*t’.”

Maguire had the last laugh, however, with Edinson Cavani adding a third goal for United in injury time.