Watch: Every Firmino touch in masterful display against Newcastle 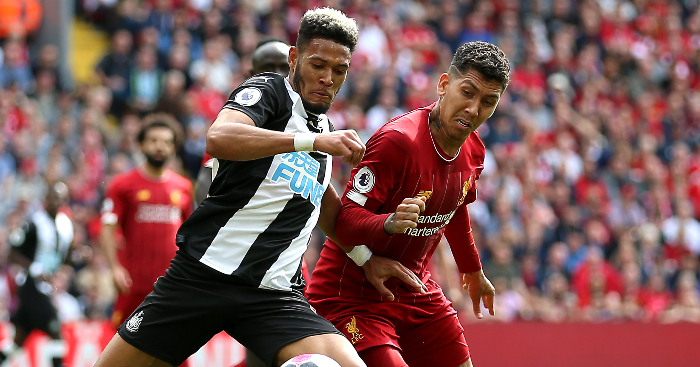 Liverpool‘s Roberto Firmino was supposed to be rested against Newcastle, but he came off the bench to put in a sensational performance.

Having played a couple of friendlies for Brazil across the Atlantic, Jurgen Klopp opted to choose Divock Origi instead. But the Belgian picked up an injury and Firmino was introduced on the 37th minute, with the scores tied at 1-1.

He came up with a big performance, assisting twice for Liverpool, including a sensational bit of skill to play the ball off to Mohamed Salah. This video compilation of his every touch really underlines what he brings to the team, constantly involved and creating his team’s best moves going forward.

Watch the video below, while we’ve included a slo-mo of his backheel assist for good measure.