Watch: Every Premier League club’s 2016-17 Goal of the Season 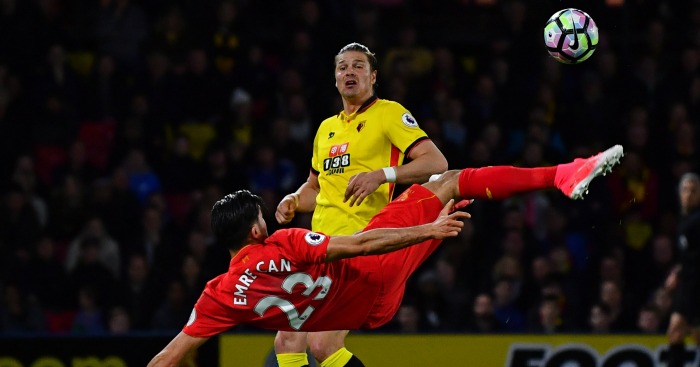 Missing your Premier League fix? Well we’re here to save the day with a supercut of every team’s goal of the season from the 2016-17 campaign.

The countdown to the 2017-18 season has begun after the fixtures for the upcoming campaign were revealed last week, but in the meantime it would be foolish to neglect the delights of last term.

Emre Can’s stunning overhead kick won the official Premier League Goal of the Season award, but there were also notable efforts from the likes of Eden Hazard, Olivier Giroud and Henrikh Mkhitaryan.

There are also a couple of forgotten beauties, such as Sofiane Boufal’s pearler against Sunderland, plus Andros Townsend’s length of the field run against West Brom.

Vincent Kompany, meanwhile, was awarded Manchester City’s goal of the season in what was possibly a slightly sentimental choice from supporters.