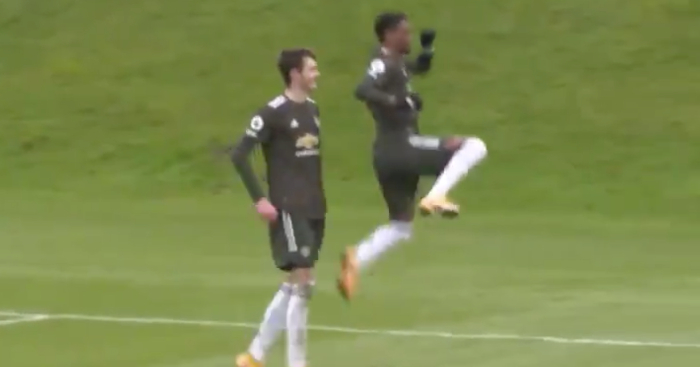 Manchester United have only seen one new face arrive during the January transfer window in the shape of winger Amad Diallo – but he is clearly eager to make his presence felt early on.

The 18-year-old was signed from Atalanta for a fee that could rise to €40million but is yet to feature in Ole Gunnar Solskjaer’s first-team, as the Red Devils chase down their first title in eight years.

He made just two appearances in Italy prior to his move, one in the Champions League and one in Serie A, but clearly did enough to catch the eyes of the United scouts.

The Ivorian appears eager to repay that faith straight away as well.

On Saturday afternoon he was given his first run-out in the Under-23s, and against Liverpool of all teams. But the teenager was anything but daunted by the occasion, netting two goals as the Red Devils ran-out 6-3 winners.

The first saw him capitalise on a heavy touch in the Liverpool defence, running on to the loose ball before finishing cooly.

He showed serious confidence for his second too, dinking home a nonchalant panenka from the penalty spot to make it six.

You can see all his individual highlights from his impressive showing below, via Vylela on YouTube.

Did you enjoy the show?🤩 pic.twitter.com/F71PhI1hUL