Watch: Every touch from Hannibal Mejbri during his lively Tunisia debut 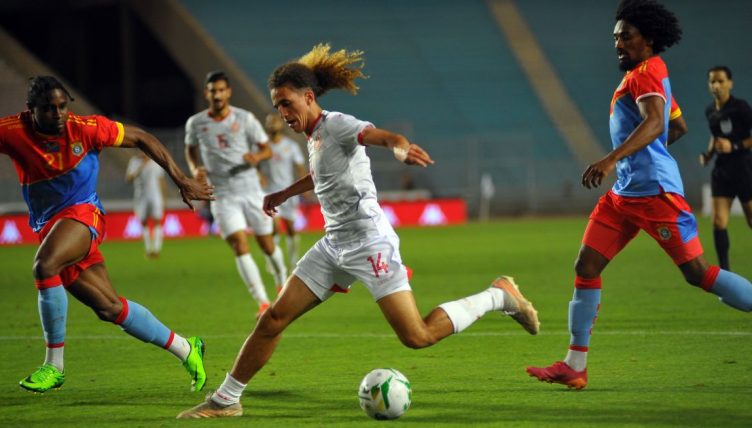 Manchester United‘s Hannibal Mejbri showed why he’s so highly rated with an impressive cameo on his Tunisia debut.

Mejbri, who was signed from Monaco in 2019 for a reported fee of £9.3million, is highly rated at United and marked his Red Devils debut with a cheeky nutmeg.

Despite playing for France at Under-16 and Under-17 level, the midfielder recently decided to switch his international allegiance to Tunisia.

“I think that it is the best decision for my family and me,” Mejbri told RMC Sport. “I am very proud of this decision. Tunisia is my country, the country of my parents so for sure there is a strong complicity.

“I like this country a lot, that is why I made this decision. I speak a little Arabic, but not very well. I lost it since I arrived in England. I am not scared about that.

“The higher the bar, the more you can improve. It can only help me to gain experience. My father and my mother were very happy that I chose Tunisia, certainly.

“It is like a present for them. But it makes me happy too. I think that I made the right choice. We will see in the future if that is the case. I am trying to build something, not purely on the sporting side.”

The 18-year-old was brought on in the 46th minute of their 1-0 win over DR Congo, and he had plenty of neat touches on his debut.