Watch: Every touch from Martin Odegaard in lively Arsenal cameo 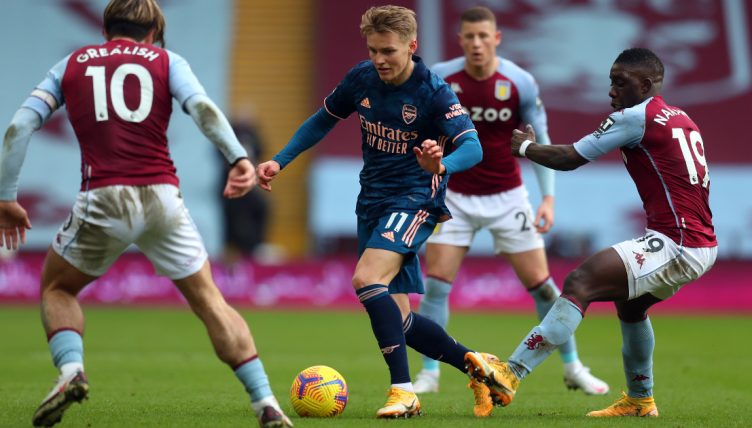 It was another disappointing afternoon for Arsenal as they made it back-to-back losses in the West Midlands, going down 1-0 to Aston Villa at Villa Park.

An early Ollie Watkins goal, that squirmed into the far corner, was the difference-maker, taking Dean Smith’s side to within five points of the top-four.

For Arsenal, it topped off a worrying week, one that saw them score just once in three games.

Martin Odegaard was signed from Real Madrid on loan in January with the hope of adding a bit more creativity to the Gunners midfield, and he was given another cameo on Saturday.

The Norwegian was heavily involved too, spurning one notable chance when the ball fell his way on the edge of the area, only succeeding in finding the stands.

While that chance will be what many talk about, the 22-year-old’s overall display did show plenty of promise.

A compilation of his highlights shows plenty of neat touches and some perfectly weighted passes as well.