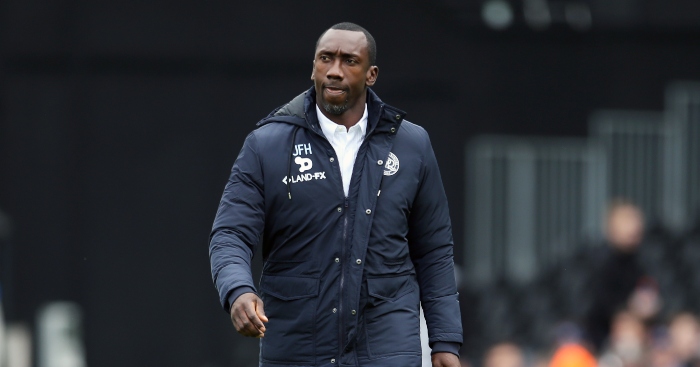 In the absence of any fireworks in the Manchester United v Chelsea match, Patrice Evra and Jimmy Floyd Hasselbaink took it upon themselves to provide entertainment to watching viewers.

Discussing the bore stalemate in the Sky Sports studio, Evra tore into his co-pundit speaking from the heart about United’s limitations. In response, Hasselbaink attempted to speak mindfully and realistically in the tone of a patient counsellor.

The highlight was the moment Evra referred to an injury Hasselbaink inflicted upon him back in 2004. Offering to show the scars on his ankle, the utterance was met with guffaws from the former Chelsea legend.

More of this please gentleman.

🗣 "It was boring."@Evra & @jf9hasselbaink argument about Chelsea & United's defensive tactics is the entertainment of the night 👏 pic.twitter.com/xlNdqGicVd

🗣 "Did I see any Chelsea players going to the referee to check? maybe they were scared. Cautious cautious"@Evra having a dig at @jf9hasselbaink 🤣 pic.twitter.com/bFPIkz8GGU

🗣 "You remember my 9 stitches in my leg? you don't remember 2004? This guy is always smiling but you go hard on me. Did I finish the game? Yes. did we beat you? Yes"@Evra reminding @jf9hasselbaink of a bad challenge he did to him in 2004 pic.twitter.com/GEsl8lglBI