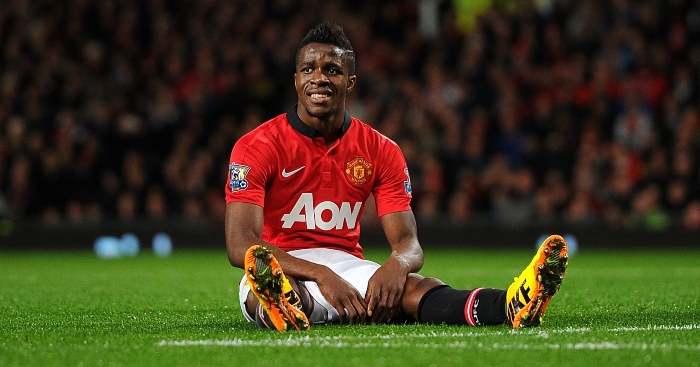 Patrice Evra has claimed Wilfried Zaha “disappeared” from Manchester United after rumours of an affair with David Moyes daughter.

The Ivory Coast international struggled to break into the first team under David Moyes, making just four appearances for the Red Devils in all competitions.

His time at Old Trafford was not helped by rumours of an affair with Moyes’ daughter Lauren, which the player has strongly denied.

He was sold back to Crystal Palace for £3million in February 2015 and has since developed into one of the best wingers in the Premier League.

Evra, who is a pundit for Sky Sports on the 2020-21 season, believes that the rumours about Zaha’s personal life ruined his Old Trafford career.