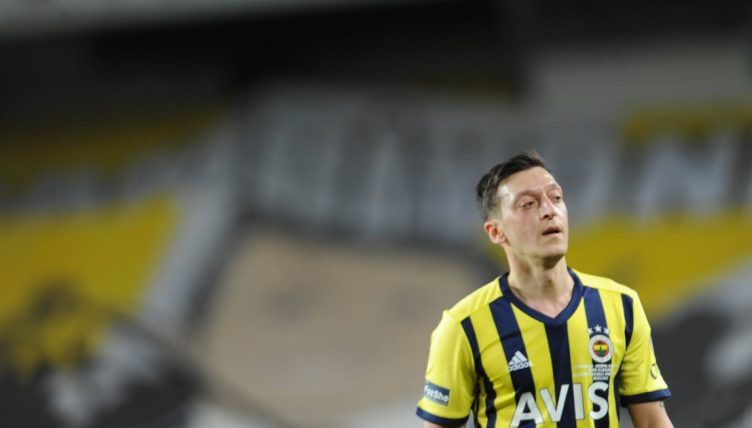 Ex-Arsenal man Mesut Ozil scored his first goal for Fenerbahce during their 1-0 win over Demirspor on Sunday.

Ozil divided opinion at the Emirates during his eight-year spell in north London and completed a move to his boyhood club Fenerbahce back in January.

And now the talented playmaker has recorded his first goal in Turkey.

Though Ozil is associated with silky passing and deft flicks, there was nothing spectacular about the moment that ended his 18-month goal drought.

The 32-year-old bundled in a low cross right at the start of the second half to give Fenerbahce victory on the opening day of the Turkish season.

His strike marked his first since his last goal for the Gunners, which came in a 4-0 win over Newcastle back in February 2020.

With his old club having fallen to defeat in their opening Premier League match at Brentford, Arsenal fans could be forgiven for looking wistfully at their former player.