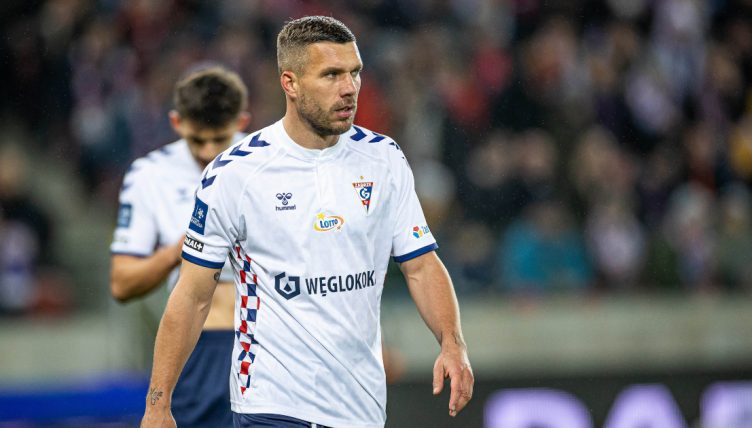 Former Arsenal and Bayern Munich player Lukas Podolski showed that he still has a rocket of a left foot when he scored an equaliser for his side in the Polish top flight.

Podolski picked the ball up outside the penalty area and fired the ball into the top corner off the post, bringing his Gornik Zabrze side level.

The former German international spent three years at Arsenal after a stint at Bayern Munich. He made regular appearances for the Gunners in north London and won the 2013-14 FA Cup.

He was also part of the Germany squad that won the 2014 World Cup.

Podolski has had something of a journeyman career since leaving Arsenal, playing for Turkish giants Galatasaray before leaving for Japanese side Vissel Kobe.

He signed for his current Polish team this summer at the age of 36 and has shown no desire to retire any time soon.

13 players who performed better for country than club: Heskey, Podolski…