Watch: Ex-Arsenal man’s Incredible Hulk reaction to being sent off 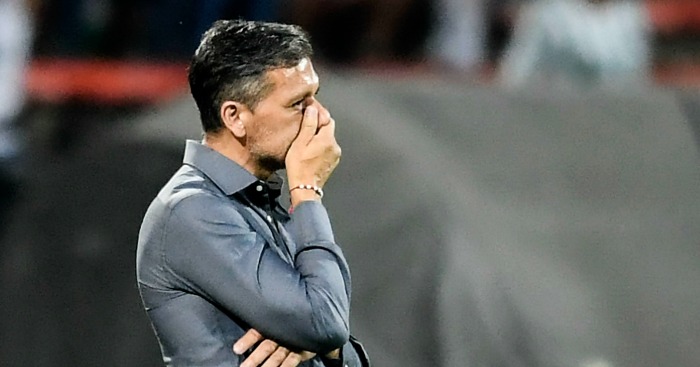 Do you remember former Arsenal defender Nelson Vivas? Well, don’t make him angry. You wouldn’t like him when he’s angry.

Vivas produced a remarkable reaction after being sent to the stands during Estudiantes’ clash with Boca Juniors on Saturday night.

The 47-year-old, who joined Arsenal from Boca in 1998 and went on to make 69 Premier League appearances for the Gunners, is currently in charge of Argentinian outfit Estudiantes.

With his side eight points behind league leaders Boca and the scores level, Vivas was enraged by the referee’s decision not to award a penalty when goalkeeper Agustin Rossi clashed with Estudiantes’ Juan Cavallaro in the first half.

Vivas was then given his marching orders, but nobody expected what happened next, as the former Argentina international ended up shirtless thanks to an impressive impression of Bruce Banner.

The encounter ended 0-0 but was as fiery on the pitch as it was in the dugout with eight players receiving bookings.