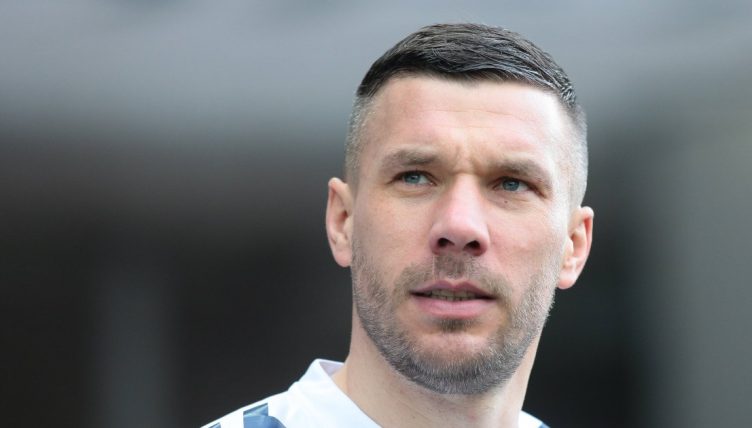 Ex-Arsenal and Bayern Munich player Lukas Podolski scored a brilliant left-footed blast from outside of the box for Polish side Gornik Zabrze in their Ekstraklasa match.

With his side already two goals up against Cracovia and the game in injury time, Podolski added a third just before the end of the match.

The 36-year-old initially won a long ball from the goalkeeper, flicking it on to a team-mate. He received the ball back on the right of the box and let off a rocket of a shot from his left foot into the top-right corner.

It was a vintage stunner from Podolski, who has been praised for the power he can generate from his left foot throughout his career.

After leaving  Turkish side Antalyaspor last summer, he signed for Gornik Zabrze on a one-year deal and the former Germany international has had a good season.

Podolski’s goal against Cracovia was his fifth of the campaign, and he has also notched up two assists.

“It’s my dream to finish my footballing career playing for Gornik,” Podolski has said on his official website.

“Gornik Zabrze is the team I support in my Polish homeland. Every year when I visit my family in Upper Silesia, I love to meet up with my friends and acquaintances there for a good chat.”

Before joining Arsenal in 2012, he had said similar.

“I follow all the Gornik matches on TV or live on the internet,” he explained.

“[I] am very happy that a new stadium is being built in Zabrze. My dream is to play at those facilities.”

Now, before he ends his career, he can say he has fulfilled that dream.