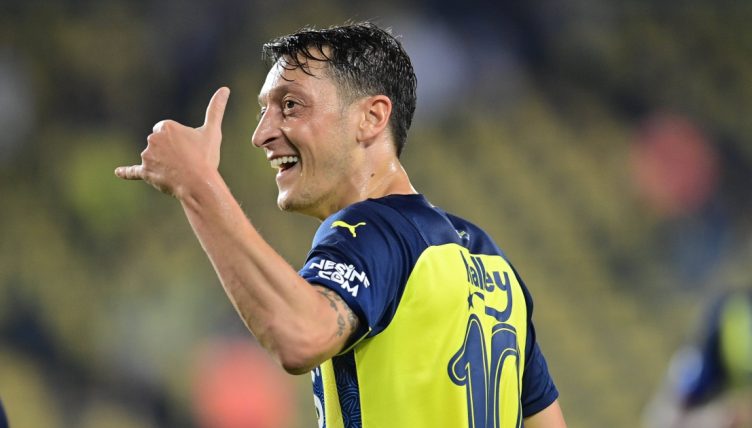 Former Arsenal and Real Madrid playmaker Mesut Ozil made his mark on the Istanbul derby on Sunday by scoring for Fenerbache against Galatasary.

Ozil left Arsenal for the Turkish club in January 2021 after a rollercoaster seven years at the Emirates but has struggled to find his best form for Fenerbache.

“I want him to be good as much as the championship. Now he has to focus on his job. He should put aside commercial affairs and concentrate on what he will do for Fenerbahce. We all know what Mesut can do.

“Our manager has no prejudices against Mesut. He, too, needs to put his business aside and focus on his work.”

And it seems as if the 33-year-old has taken note, judging by the goal he scored against rivals Galatasaray.

Ozil latched onto a long ball, held his nerve and drilled a high shot past the opposition goalkeeper to level the scores.

Fenerbahce went on to secure a dramatic 2-1 victory but they remain mired in mid-table.