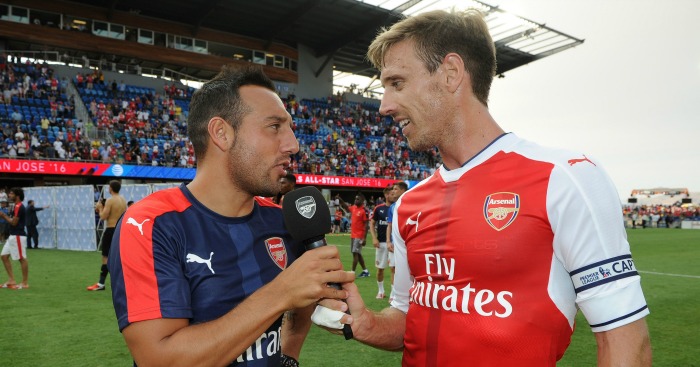 Arsenal fans were left misty-eyed after Nacho Monreal and Santi Cazorla had a heartwarming reunion before a La Liga game.

Cazorla has played alongside Monreal for both Malaga and Spain and helped the left-back sign for the Gunners in 2013.

The Spanish duo came up against each other during Villarreal’s crunch clash against Real Sociedad, with both sides vying European qualification for next season.

But Cazorla and Monreal temporarily put their rivalry to one side and they could be seen sharing a hug in the tunnel.

Arsenal right-back Hector Bellerin took to Twitter to share the video of the pair, with the caption: “Ahhh I miss these two.”

Ahhh I miss these two pic.twitter.com/nIwYDwSDUE