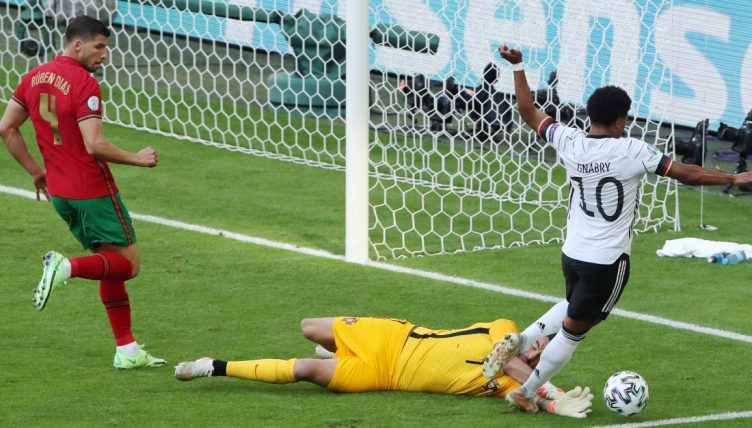 Serge Gnabry terrorised Pepe and the Portugal defence with a mazy dribble and shot that drew a good save from Rui Patricio.

Germany entered the game in Munich knowing that defeat would severely compromise their chances of progressing to the second round of Euro 2020.

But, after Cristiano Ronaldo opened the scoring, Germany refused to let their heads dropped and went ahead through own goals by Ruben Dias and Raphael Guerreiro.

There was enough time in the first half for Gnabry to violate the Portugese defence.

The Bayern Munich man, who played for Arsenal between 2012 and 2016, collected the loose ball inside his own half and commenced his dribble.

Veteran defender Pepe backed off but Gnabry proved too skilful for him.

He stormed into the penalty area, twisting his blood in the process, and unleashed a fierce shot that Rui Patricio needed to turn away.

Can we all appreciate how Gnabry destroyed Pepe’s career here 🤯pic.twitter.com/KXN3YG7fRI

Where are they now? Germany’s U21s that beat England in the 2017 Euros